The Los Alamos office of the DOE Oversight Bureau monitors a variety of environmental media at Los Alamos National Laboratory (LANL) to assess the potential impacts of past and present activities.

In 2014-2015, the Bureau conducted a special study to characterize polychlorinated biphenyl (PCB) concentrations in urban and other non-LANL stormwater runoff to provide knowledge of PCBs and potential urban/other-derived contributions to stormwater runoff in/around LANL. 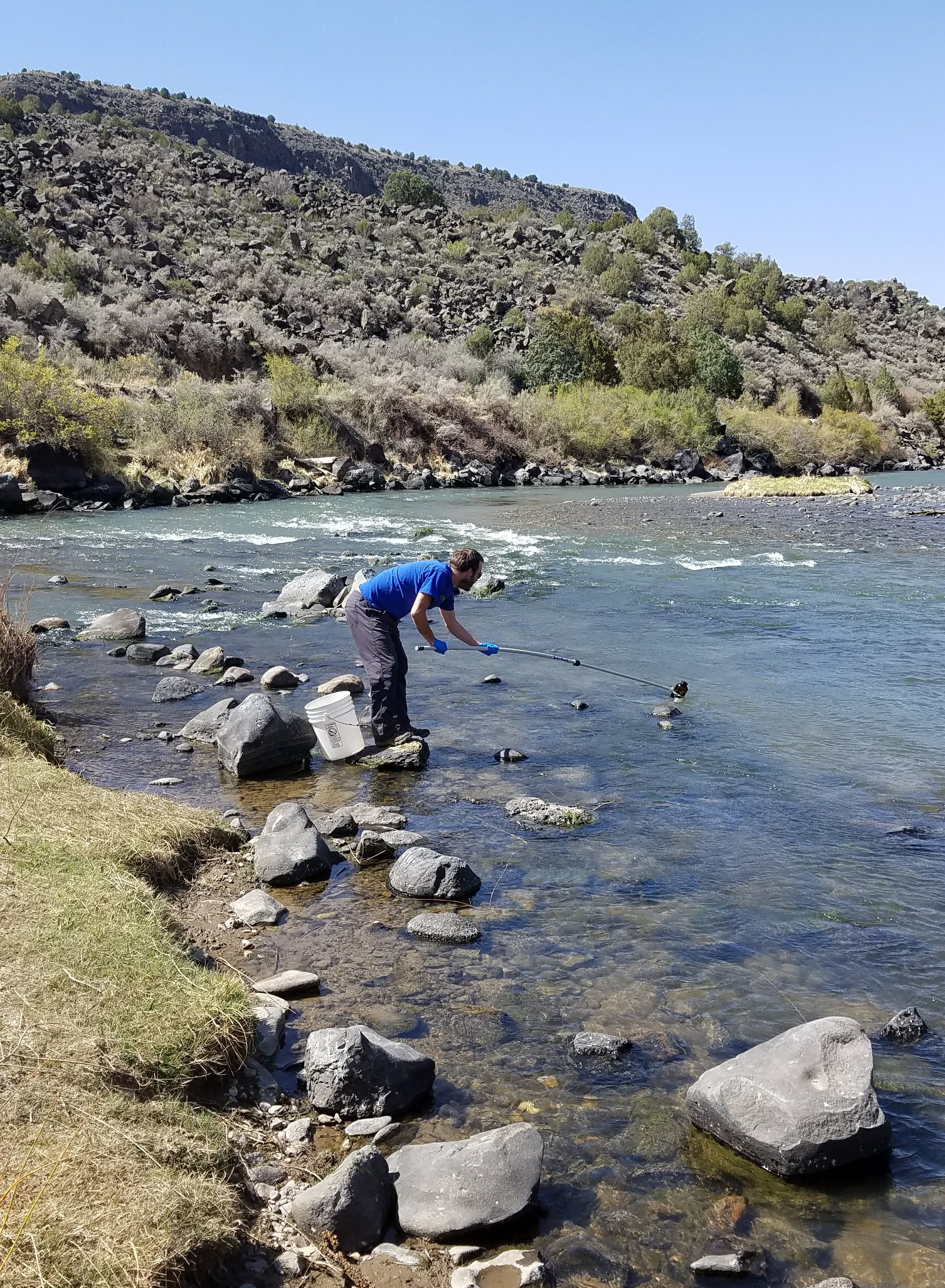 Dylan Boyle collects a sample from the Rio Grande 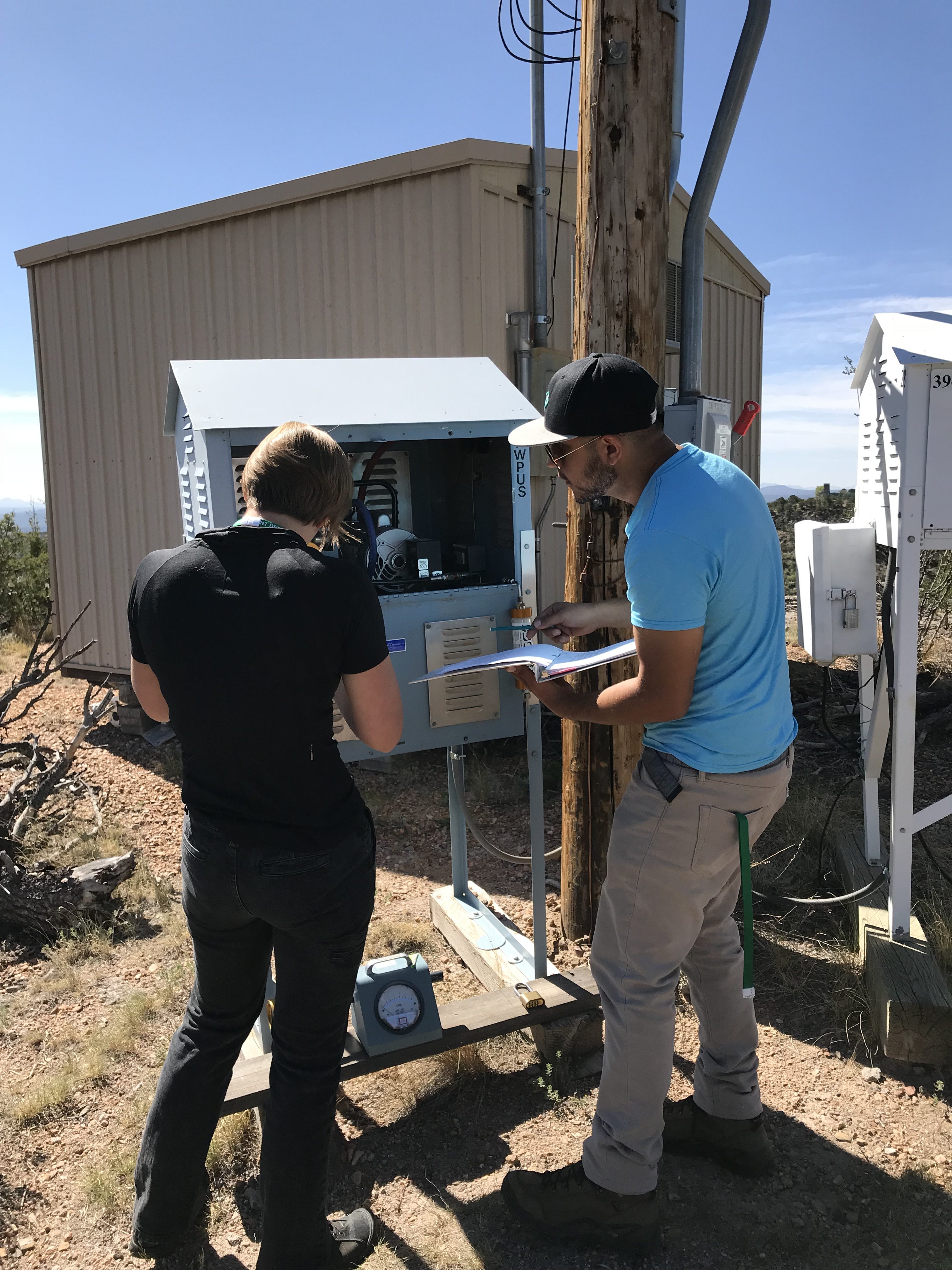 The DOE Oversight Bureau continuously monitors direct penetrating (DPR) radiation, or gamma radiation, in the environment at LANL and in the vicinity for LANL-sourced or ambient gamma. The purpose of this project is to determine whether ambient gamma radiation on or near LANL is equal to background levels and to provide independent verification for LANL-directed monitoring. The DOE Oversight Bureau DPR stations are co-located with LANL stations. Regional stations are located at the Northern New Mexico College and the Santa Fe Booster Station to account for the neighboring communities of Española and Santa Fe, respectively. 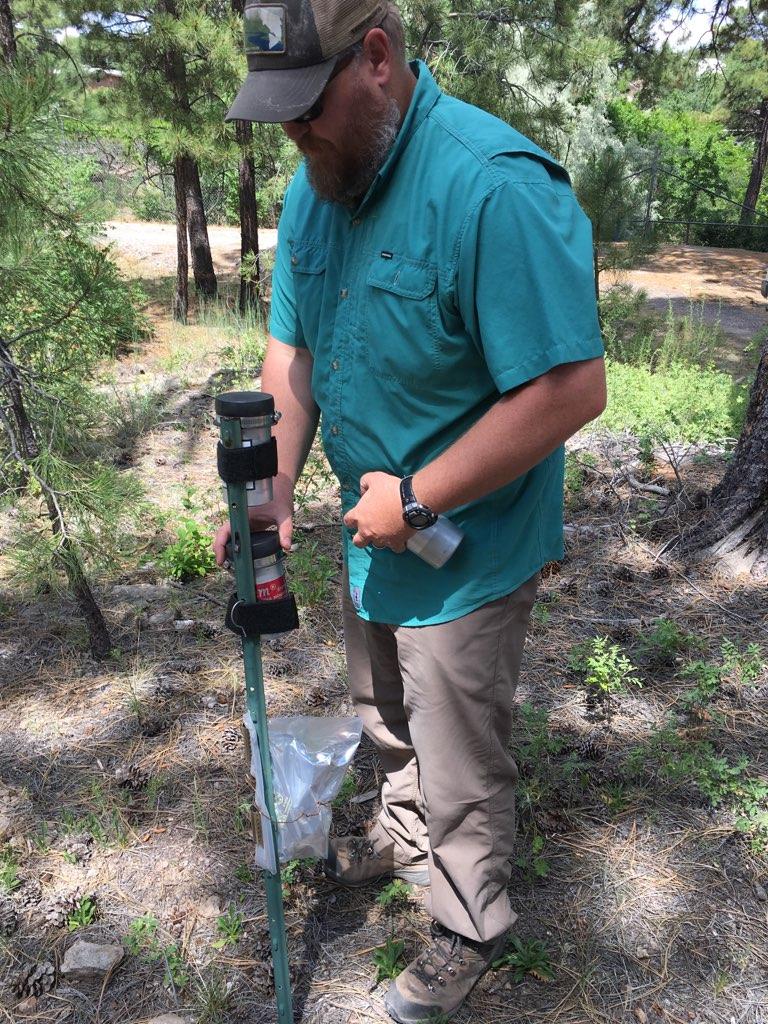 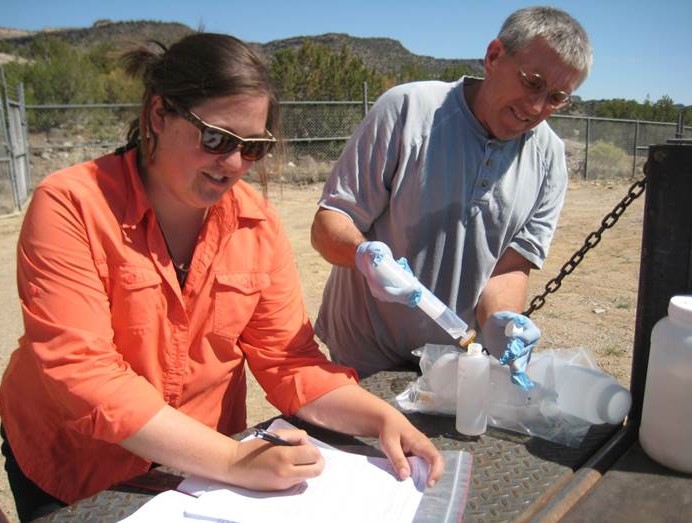 for metals from the City of Santa Fe Buckman Well Field

The DOE Oversight Bureau conducts verification and supplemental sampling of the LANL regional aquifer and intermediate zone groundwater. Major contaminants of concern include chromium, perchlorate, tritium, 1,4-dioxane, high explosive compounds, and nitrate, which are consistently detected in perched-intermediate zones and the regional aquifer within specific watersheds.

A chromate plume occurs in perched-intermediate zones and the regional aquifer beneath two (2) watersheds on LANL property. The DOE Oversight Bureau samples numerous monitoring wells and several supply wells for chromium and other contaminants to determine the nature and extent of the chromium plume within and beyond LANL property.

The Bureau also conducts sampling of 25 groundwater springs located off-site from LANL in White Rock Canyon along the Rio Grande. 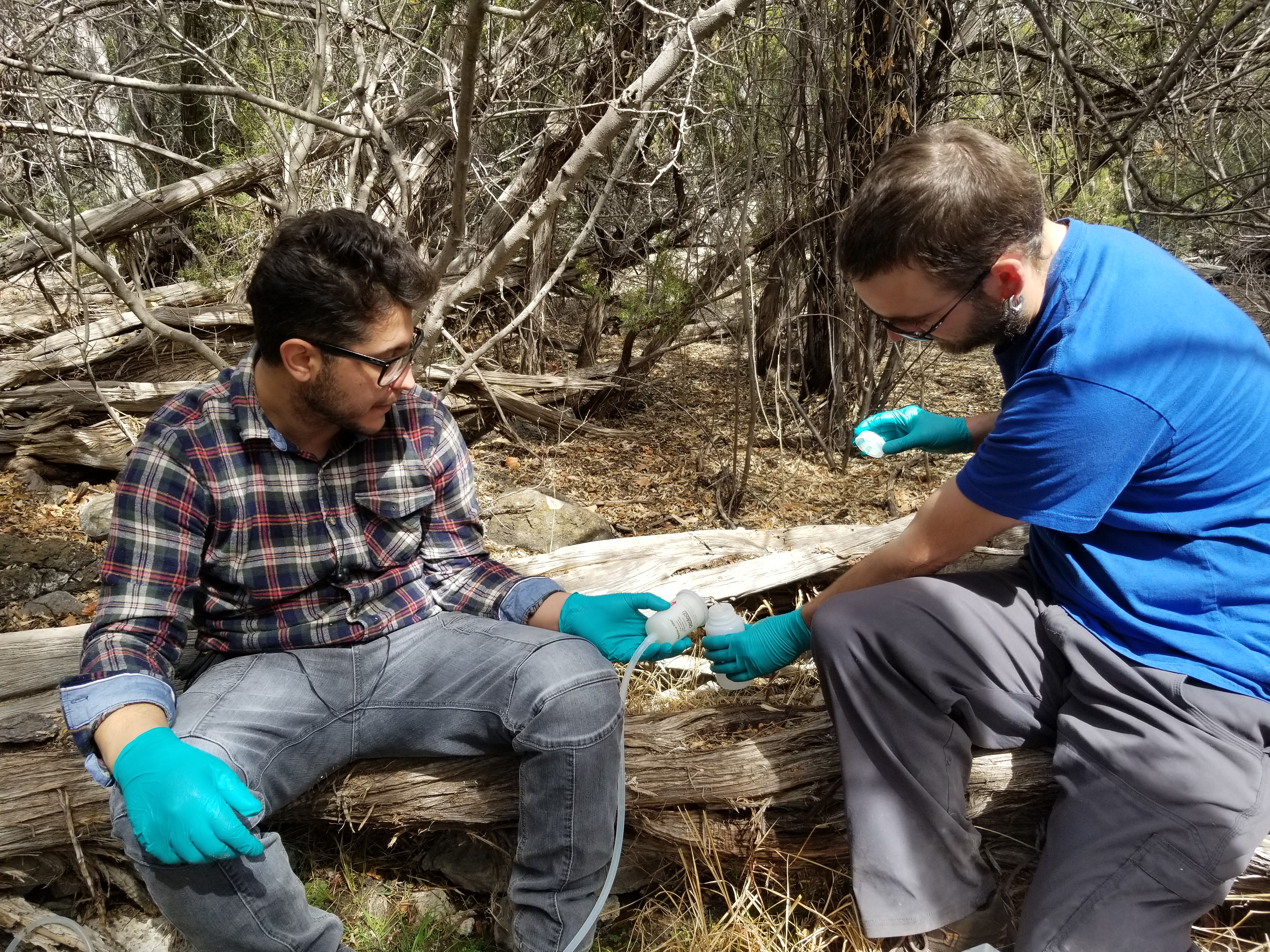 The DOE Oversight Bureau conducts watershed monitoring of stormwater flows in the Pajarito Plateau with the ultimate goal of characterizing off-site transport of contaminants. This purpose of this project is to assess the water quality downstream of LANL property, including onto and through lands of the Pueblo de San Ildefonso and ultimately into the Rio Grande. Additional focus is on watershed-scale post-fire and fire-related flood monitoring in and around LANL and along the Rio Grande. 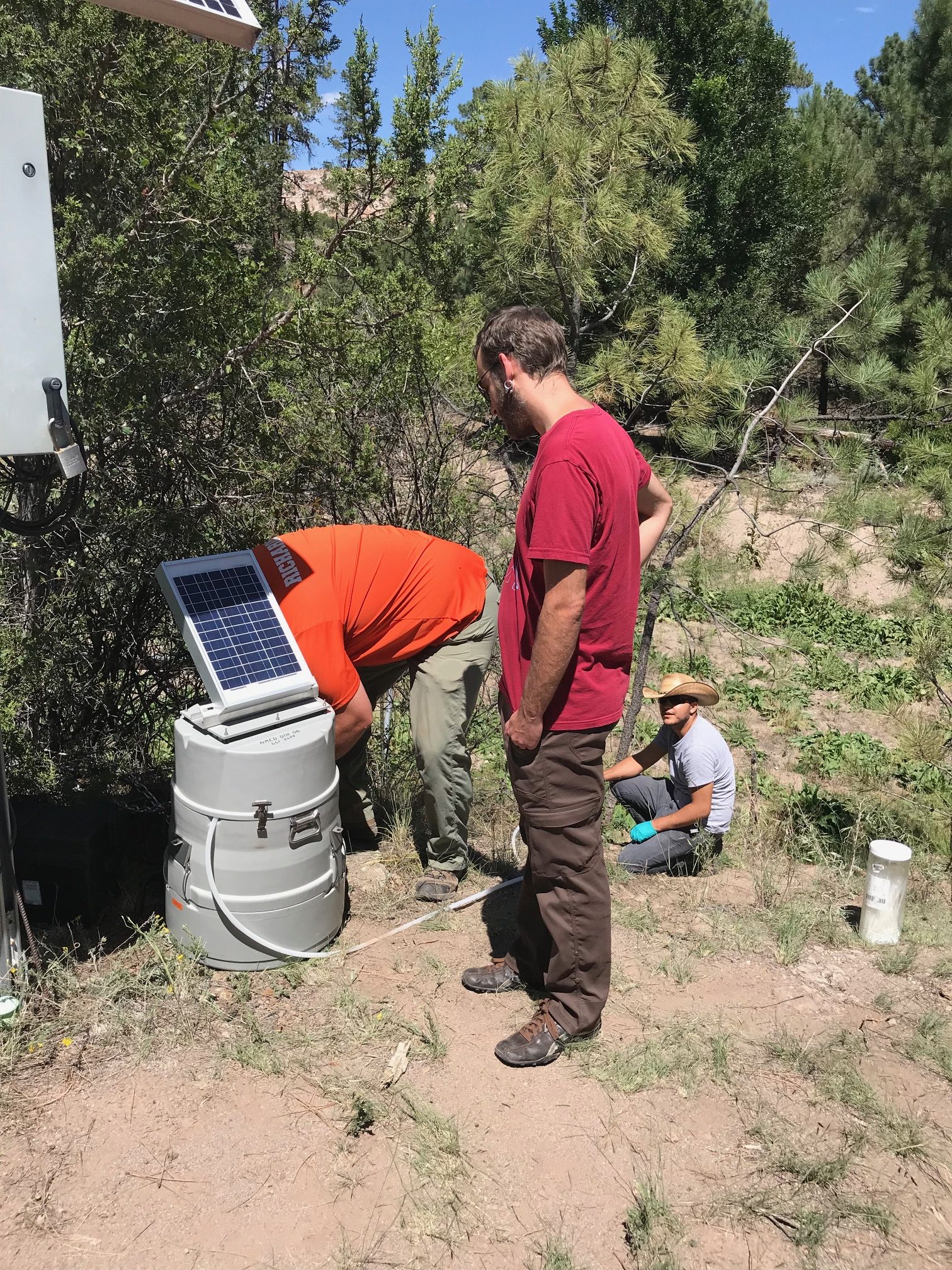 The DOE Oversight Bureau conducts on-going sampling of stormwater discharges from solid waste management units and areas of concern for compliance with the LANL Individual Stormwater Permit. The Bureau evaluates LANL’s implementation of best management practices, which are intended to reduce contaminant transport.

The Bureau verifies that LANS LLC has proper spill action plans and provides closeout assessment and recommendations. Environmental samples are collected at/of/after any unpermitted discharges (spills) that have the potential to affect biological receptors, groundwater resources, and/or receiving waters of the United States. 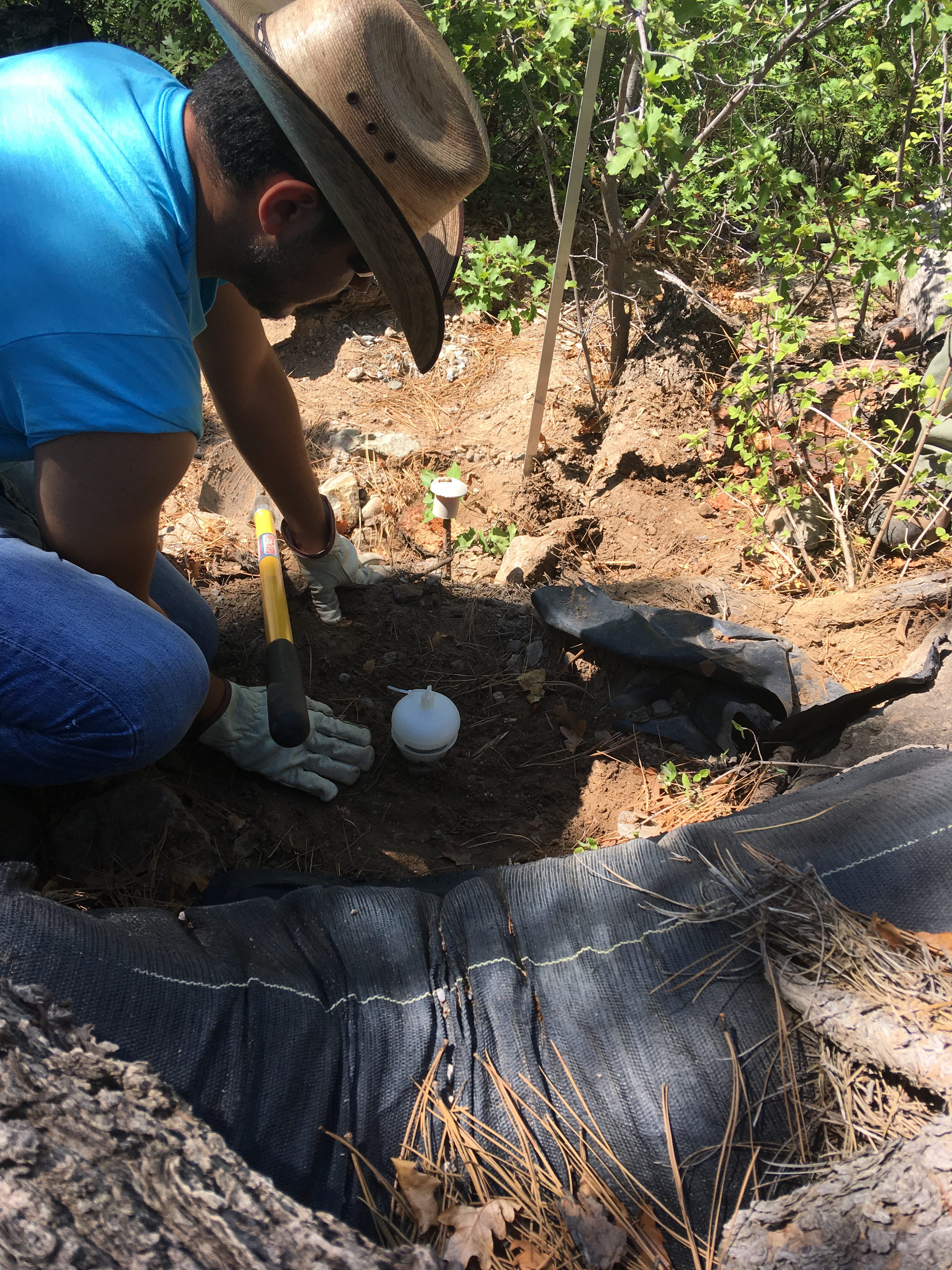 The DOE Oversight Bureau conducts annual sampling of fish tissue in the Rio Grande and reservoirs. This project attempts to identify biological impacts of LANL-derived contaminants on the aquatic biota in these receiving waters; this data is used by other agencies to develop fish consumption advisories. 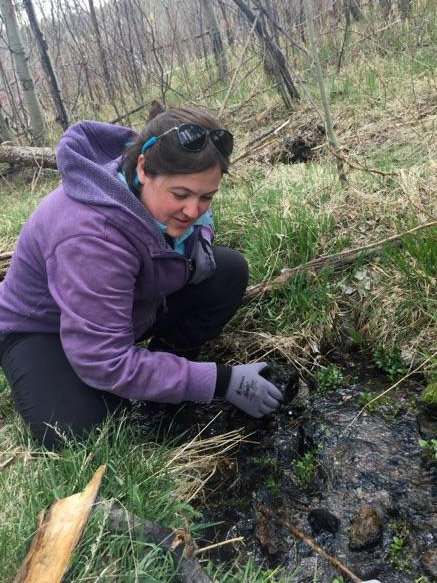 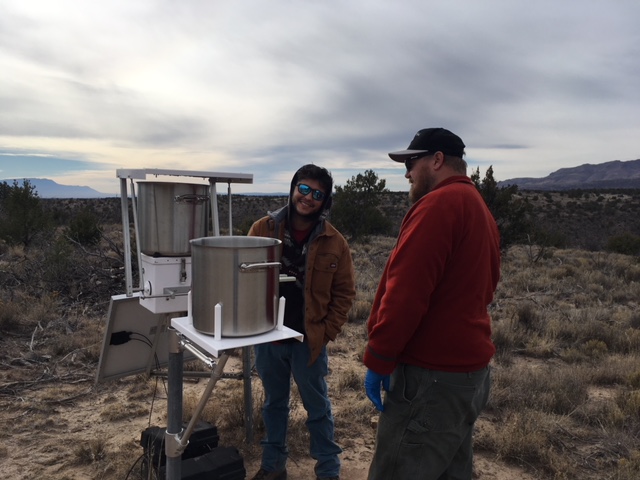