The Bulk Fuels Facility is located in the northwestern portion of Kirtland Air Force Base (AFB) in Albuquerque, New Mexico. The Facility and associated infrastructure operated from 1953 until 1999. During this time, the fueling area was separated into a tank holding area where bulk shipments of fuel were received by rail cars and a fuel loading area where individual fuels trucks were filled. It is believed that gradual leaking from damaged underground fuel lines occurred undetected at some time between the mid-1950s and 1990’s.  Kirtland AFB removed the facility from service in 1999 due to the discovery of the underground leakage.

The exact history of the leaks or releases is unknown. Initially, it was thought that the leak only affected surface soil around the identified source area. Kirtland AFB learned through additional investigation activities conducted between 2004 and 2007 that the leaked fuel had reached the groundwater table.

The broad-scale timeline below highlights the site investigation and interim measure activities planned. 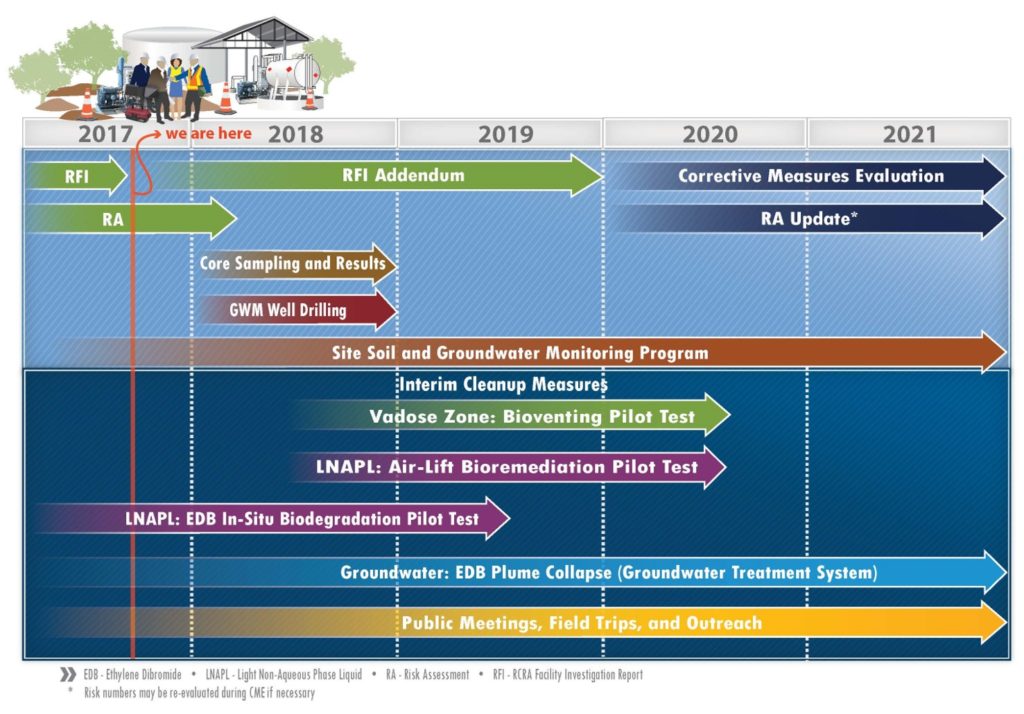