Leakage of aviation gasoline and jet fuel from the Kirtland AFB bulk fuel facility (BFF) migrated through ~500 feet of dry soil (vadose zone), and into the underlying aquifer.

During migration, the LNAPL partitioned into dissolved, vapor, and adsorbed phases.

The aquifer contains naturally occurring upward vertical hydraulic gradients. These upward gradients mean that deep groundwater, such as in the zones tapped by drinking water wells, moves upwards into shallower aquifer zones. The upward gradients work in favor of helping to prevent the fuel contamination from moving downward, and offer some protection of the drinking water wells. 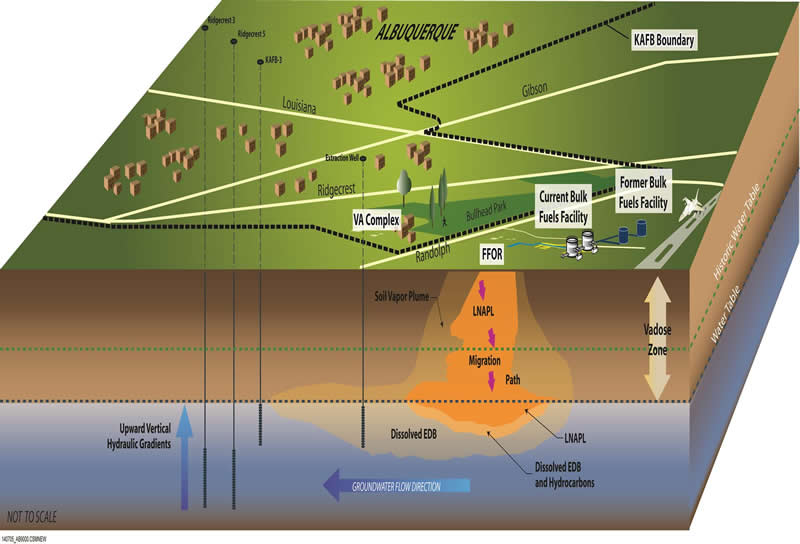 Anatomy of the EDB Plume

The EDB plume resides within the groundwater of the Albuquerque aquifer ad is being pulled – very slowly – in a north/northeast direction under the influence of the city’s drinking water wells.

The Second Quarter 2017 EDB plume extent varied from the Fourth Quarter 2015. Potential explanations on the difference between the two plumes are: