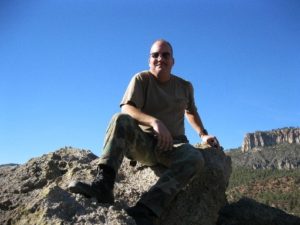 environmental career in 2004 with the U.S. Department of Agriculture-Natural Resources Conservation Service (NRCS) as a Soil Conservationist collaborating with New Mexico Farmers, Ranchers, and Dairymen to improve operations while protecting natural resources. He eventually became a District Conservation for the USDA-NRCS in Arkansas, overseeing Farm Bill conservation programs in Cross County before returning to New Mexico in 2008, accepting a position as an Inspector for the New Mexico Environment Department-Air Quality Bureau. Thomas currently works for the Radiation Control Bureau as a Radiation Specialist.

Thomas is an avid outdoors person who enjoys backpacking, camping, and trout fishing.

As a Radiation Specialist for the Radiation Control Bureau, Thomas performs inspections, assists with the revisions of radiation regulations, and oversees the Radiological Services Program. 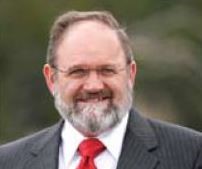 James K. Hesch holds a Bachelor of Science degree in Industrial Technology and additional education in Mechanical Engineering. Under both majors his minor is in Mathematics, a topic that is one of his passions. In 1985 he was hired by Thermo Eberline as a mechanical design engineer of nuclear instruments. While there he served in multiple positions and became the in-house statistician. He served on several technical working groups of International Electrotechnical Commission (IEC) that develops standards for nuclear instrumentation.

In 2000 Hesch left Thermo Eberline to run Ziatek, Inc., a software development company. During his thirteen years with Ziatek he developed and copyrighted twelve commercial-quality applications, developed several inventions, including a three-dimensional laser measuring system for which he was awarded a patent. At the same time, he continued to offer consulting services to the nuclear industry.
Hesch joined the New Mexico Environment Department Radiation Control Bureau in 2013 where he works as an inspector and is the x-ray registrar. That position includes evaluation of shielding design plans, one of many tasks that are assigned to him. The needs of the bureau allow him to hone his computer programming skills and continue to exercise his passion for mathematics 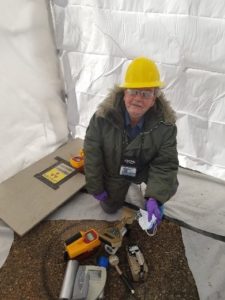 Michael Ortiz has spent over forty years in the radiation field. Before joining the NMED, he spent 15 years as president of the Source Inc., manufacturing NIST traceable standards for commercial, medical, federal, and state entities. Michael sold the company to Ekert & Ziegler, located in California. After selling his company, he started work with Phase I molecular toxicology as Director of regulatory affairs and manufacturing microarrays from 2000 to 2003. The NRC and NMED regulated Source Inc. through licenses from both. Michael spent 20 years with Thermo Eberline’s first as the chief project manager and radiochemist and advanced through the ranks to become Executive Vice-President of Thermo Analytical, managing environmental testing laboratories in California, New Mexico, Tennessee, Michigan, and Ohio. Michael joined the NMED in 2003 and served as Environmental Scientist, Bureau Chief, and currently as Program Manager in the Radiation Control Bureau. Michael has a Bachelor’s Degree in biology and chemistry from the College of Santa Fe and has received training from Oak Ridge Associated University in Diagnostic X-Ray Physics. Michael initiated a contract for NMED, with the FDA becoming the first certified inspector to complete all the FDA training. Michael continues to conduct inspections of mammography facilities throughout NM each year from 2006 to current. The FDA contract provides supplemental income to help support the Bureau annually. 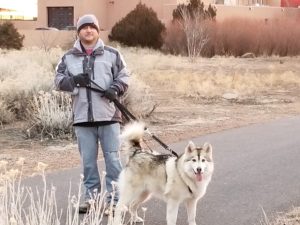 Daniel Ortiz was born in Santa Fe, NM, and when he was three, his parents moved to Pojoaque, NM, where he grew up. In his Junior year of High School, he got accepted into the student internship at Los Alamos National Laboratory. He graduated from Pojoaque High School in 2002 and continued to work at LANL for six years. While working at LANL, Daniel got first-hand experience and knowledge of the Laboratory operations. He worked access control for the Radioactive Liquid Waste Facility and, before leaving the Laboratory, worked for Emergency Management and Response. He also attended the University of New Mexico full time during his period. Both job opportunities and many friendships gave him lifelong memories. It also led to an Associate’s degree and a Bachelor’s degree, both from UNM. In 2009 he was hired by the New Mexico Environment Department Nuclear Worker’s Advocacy group as a temp. He would apply for a job with the office in Late 2010 and has advocated for sick nuclear workers since then.
More recently, Mr. Ortiz accepted a Job with the Radiation Control Bureau as an Environmental Scientist. He performs inspections of radioactive materials and other tasks that are needed.
In Daniel’s spare time, he enjoys spending time with his family, music, movies, and is an avid Futbol fan. He also loves to ski and to take his Husky on walks.

Stephen Sanchez holds a Bachelor of Arts degree in University Studies from the University of New Mexico, and an Associate degree in Liberal Arts from Central New Mexico Community College. He began working with NM Environment Department (NMED) in March 1999 as a Financial Specialist 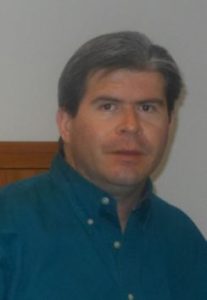 The MIRTP currently has over 2,750 licensed active medical imaging and radiation therapy professionals, and each professional is required to have an original certificate of licensure posted at each place of employment in NM prior to performing any medical imaging procedures or radiation therapy procedures. Stephen is the only NMED employee that processes all original certificates of licensure for all NM medical imaging or radiation therapy professionals, which keeps him very busy. When Stephen is not performing the MIRTP responsibilities, he spends time caring for his family. He also enjoys digital photography and is learning about editing digital photos and editing digital videos. Stephen also enjoys gardening, woodworking, and keeping up with current events. 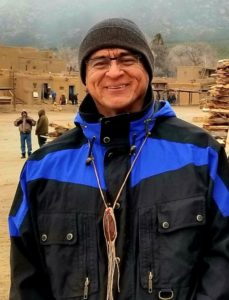 Before joining the New Mexico Department/Radiation Control Bureau (NMED/RCB), Victor Diaz worked as a Nuclear Medicine Technologist for nine years in various Hospitals around the country. A proud veteran of USAF, with multiple deployments with the primary job duty of regulatory compliance with 49 CFR and United Nation’s Orange Book during the Desert Storm chapter. The fun continued with US Nuclear Regulatory Commission’s training and module programs from medical, industrial, research, and decommission -now as a licensing specialist; the previous medical, military, and federal training; a full circle of how to continue being a public servant.
Additional services to RCB; Victor is also the Safety Officer to maintain a safe working environment for staff and visitors. A participating member of the New Mexico Hazardous Materials Safety Board (NMHMSB), RCB is a critical member in supporting first responders in a radiological incident on public roadways throughout New Mexico. 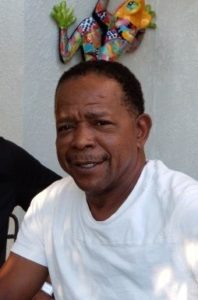 Carl Sullivan holds a Master’s Degree in Material Science from the University of Akron and a Bachelor’s degree in Chemistry from Dillard University in New Orleans. Carl cut his teeth in environmental science, working for the Goodyear Tire and Rubber Company and the Huntsman Corporation. After working through corporate management ranks, Carl landed in the Land of Enchantment because his wife of 30 years is a native New Mexican and a member of Sandia Pueblo. Carl accepted a position as an Inspector for the New Mexico Environment Department-Radiation Control Bureau in 2005. Carl currently works for the Radiation Control Bureau as a Radiation Specialist.
As a Radiation Specialist for the Radiation Control Bureau, Carl performs various inspections, assists with the Bureau’s Webpage, and helps manage the Bureau’s X-Ray, RAM, and Reciprocity database Nuclear Regulatory Commission’s Nuclear Material Event Database (NMED).

Carl enjoys playing golf, gardening, and, as of late, going on long walks. 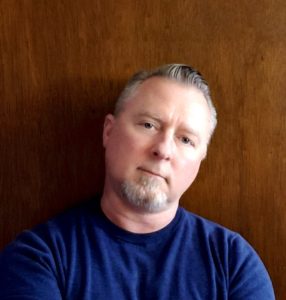 Bobby Bicknell is an Environmental Scientist, Radiation Specialist working in the New Mexico Environment Department Radiation Control Bureau representing New Mexico as an Agreement State of the United State Nuclear Regulatory Commission.
Bobby recognizes the importance of the A.L.A.R.A. concept (As Low As Reasonably Achievable) and its essential relationship with Radiation Safety in the State of New Mexico and is devoted to the safety of our communities. To this assurance, Bobby is Part-time Faculty member at Central New Mexico’s Community College as part of the Radiologic Science Program, mentoring the next generation of New Mexico’s Radiology Professionals.
Bobby leads the Radiation Control Bureaus, Public Information Policies in unification with the Office of General Council, the Departments Tribal Liaison, and the Environmental Protection Agency. As the Radiation Control Bureaus Enforcement Officer, he has fabricated three Databases, enabling the Bureau to record and track Notices of Violation, Incidents, and Allegations and is the leader in Notice of Violation tracking. He considers it an honor being part of the Bureaus 1st & 2nd Quarter Group Achievement Recognition Award – 2019. 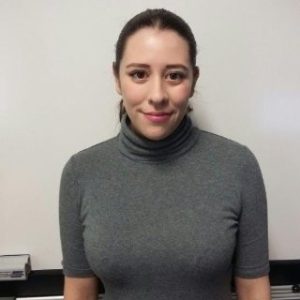 Nicole Wallis was born and raised in Northern New Mexico. She graduated from Pojoaque High School and enrolled at Northern New Mexico College. In her undergraduate coursework she did extensive research on soil samples from areas affected by wildfires in Northern New Mexico. Nicole graduated with her Bachelor of Science degree in Environmental Science in 2014. Upon graduation, Nicole received the George Washington Carver scholarship to conduct research at Iowa State University in which she applied Virus Induced Gene Silencing (VIGS) constructs developed from soybean and applied them to common bean with the goal of increasing crop yield. Before joining the New Mexico Environment Department – Radiation Control Bureau (NMED/RCB), she worked as a Licensing Specialist and a Business Operations Specialist at the New Mexico Medical Board for over two years. As an Environmental Scientist and Specialist, Nicole conducts inspections, aids with the revisions of radiation regulations, and tracks all incidents, allegations, medical events, and notice of violations to ensure completion and to meet Nuclear Regulatory Commission deadlines.
In Nicole’s spare time, she enjoys going to the gym, spending time with her family and friends, and staying up to date on current scientific and technological advancements. 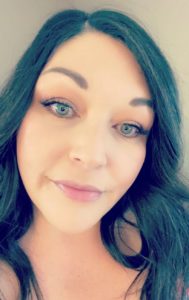 rn and raised in Peña Blanca, NM. She started working for Christus St. Vincent Hospital Laboratory right out of high school as a Lab Assistant lll and worked with them for 27 years. During her time at the Laboratory, she met her husband of 16 years. Jeanette and her husband love to travel New Mexico in their 5th wheel with their two sons. Jeanette recently joined the New Mexico Environment Department Radiation Control Bureau as a Management Analyst where she will be assisting the Radiation Control Bureau and advocating for nuclear workers with the Radiological and Chemical Advocacy office.